The Southwest collection of upholstery fabrics has been inspired by the palette of desert colours, traditional Navajo fabrics, brick houses, ironwork products and nature. A modern interpretation of the Southwest style combines rustic and mid-century elements with the artisanal simplicity typical of the American Southwest style to provide a balance between comfort and functionality. 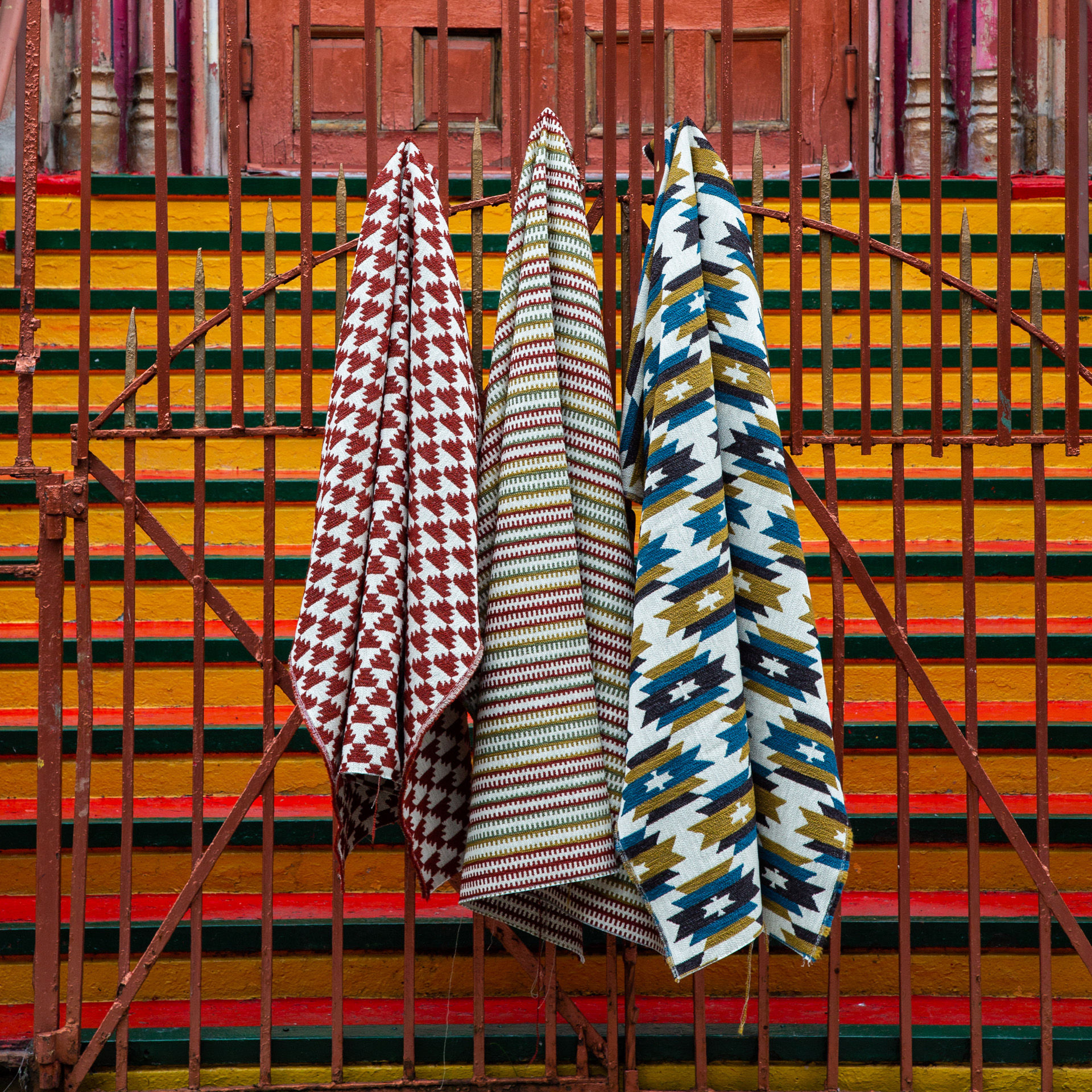 The Southwest collection draws heavily from the history of the weaving handicraft practised by the Navajo people and the patterns they created, which remain vibrant and inspiring to this day. Contemporary fabrics with characteristic geometric patterns are eagerly used not only by interior designers from the south-western states of the USA, but all over the world by those who design interiors in the Southwest, Country, Japandi or Boho styles. In light of their popularity reaching far beyond the Southwest, we organised a photo shoot of this collection in Brooklyn, New York, with the help of our befriended photographer and stylist duo. The ethnic motifs on the fabrics are surprisingly compatible with the urban landscape, brick walls, and intense graffiti patterns. They become part of the street life.

The fabrics from the Southwest collection are woven on a cotton warp, which gives vivid depth to the colours yielded by the wool and acrylic blend. The use of bouclé yarn makes them soft and pleasant to the touch. A wide range of colours, including terracotta, bronze, copper, gold, grey, ochre and turquoise, has a sophisticated, yet casual character.

The collection consists of 3 patterned fabrics in 6 colour variants and 2 monochrome coordinates. The patterns of Pueblo and Saguaro refer to the features of the desert landscape. The Navajo pattern is an interpretation of the popular geometric star motif found on Indian fabrics. Complementing the collection, Grava and Tierra coordinates combine textures with patterned fabrics: one duplicates the weave of the pattern, the other – the background. 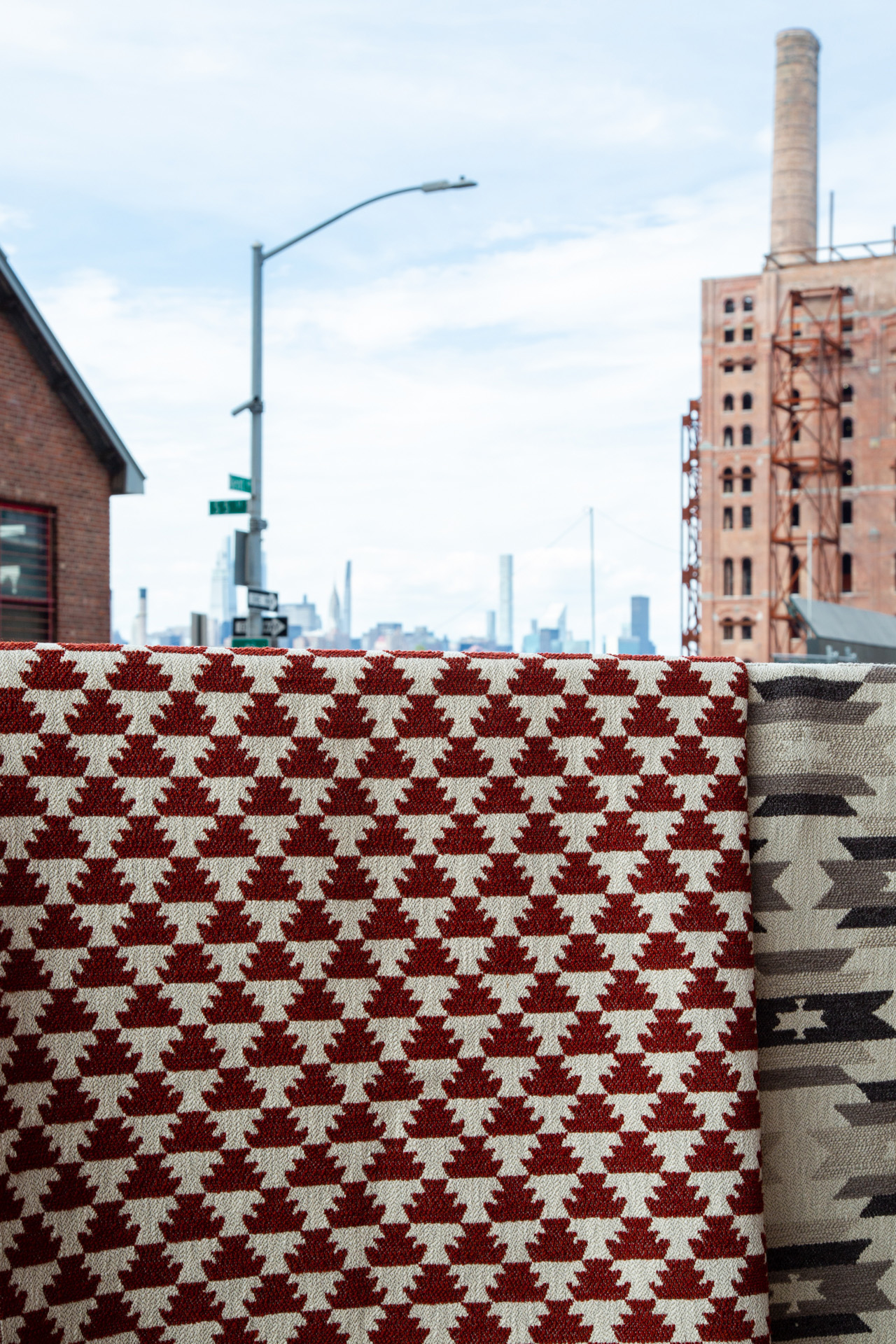 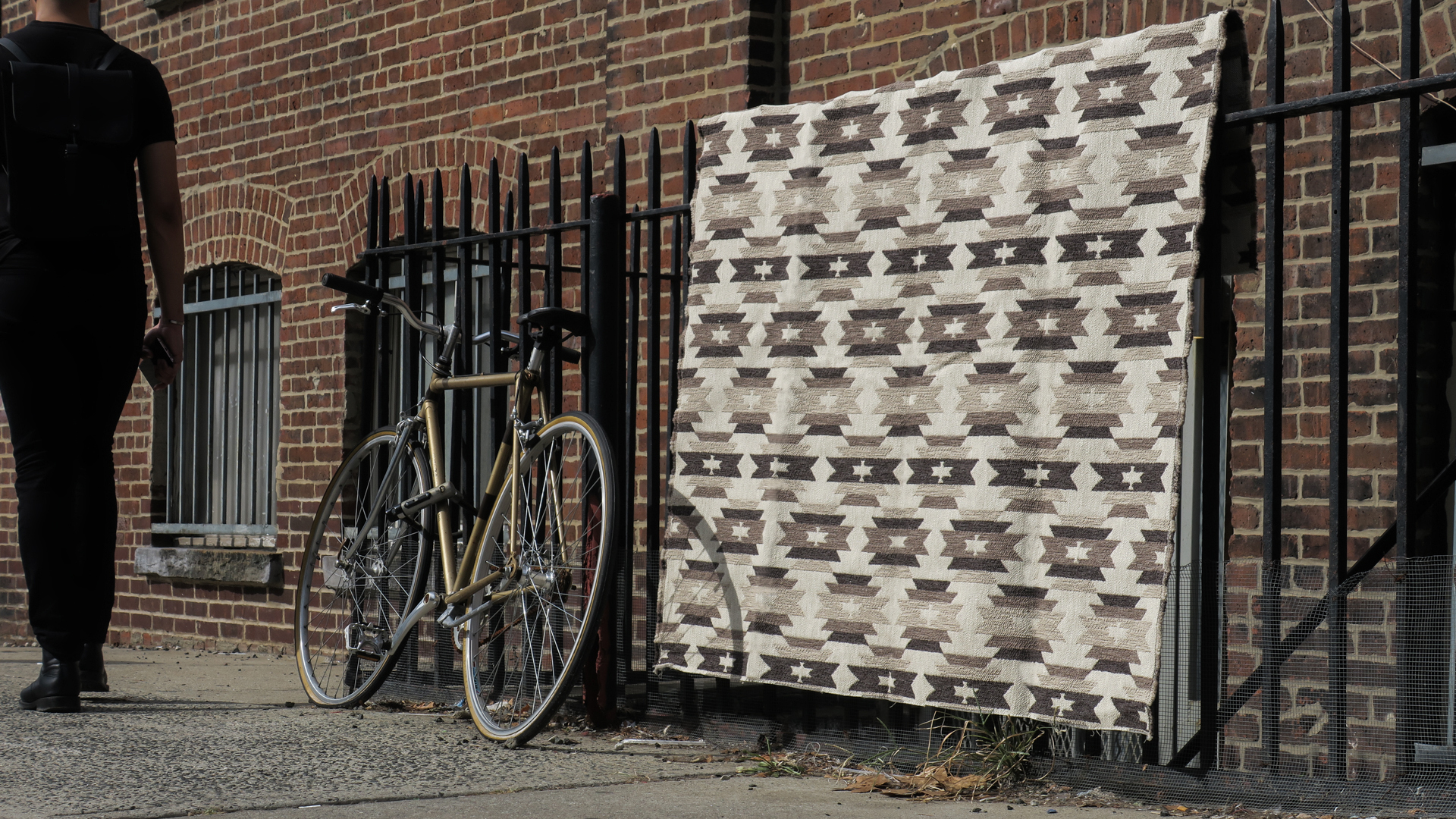 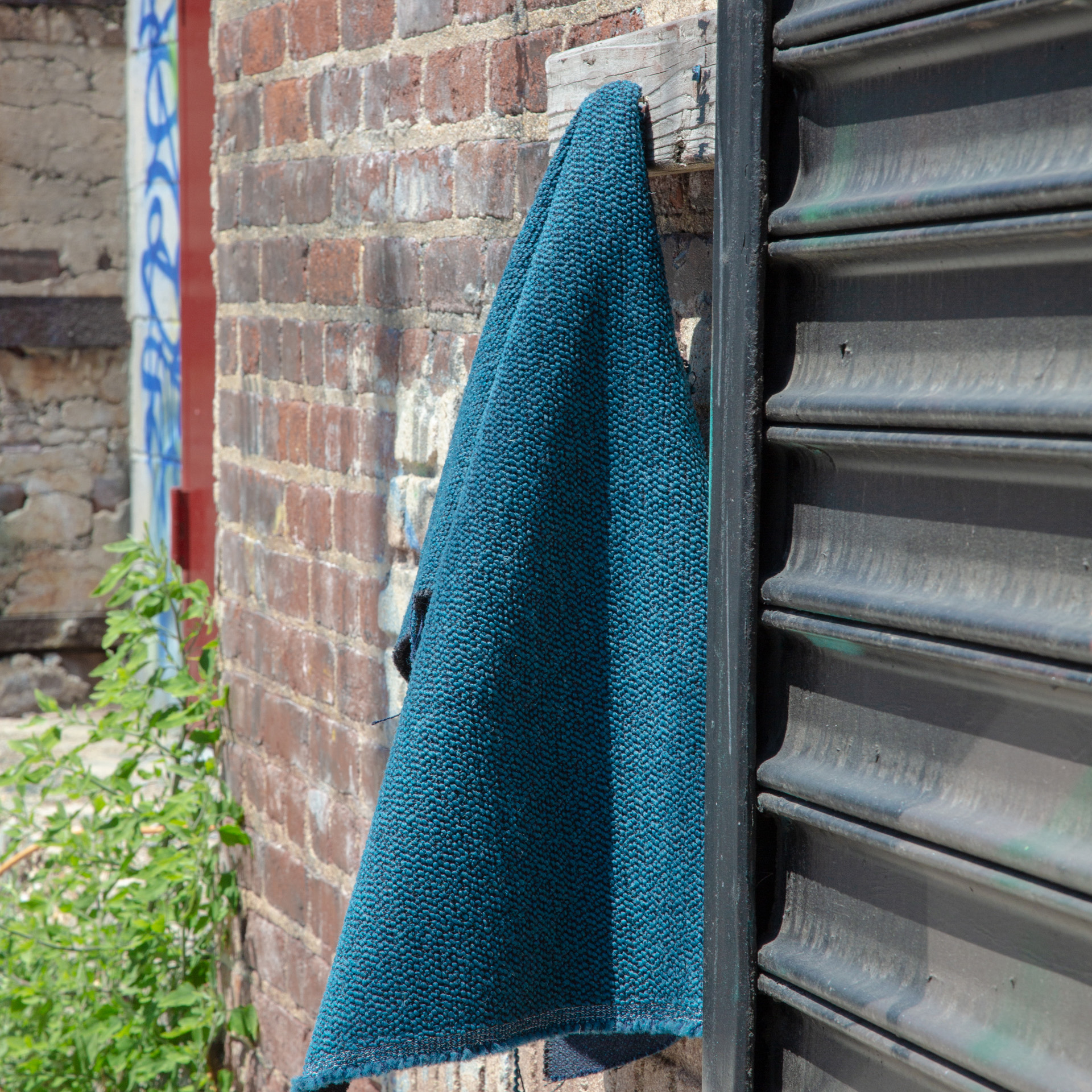 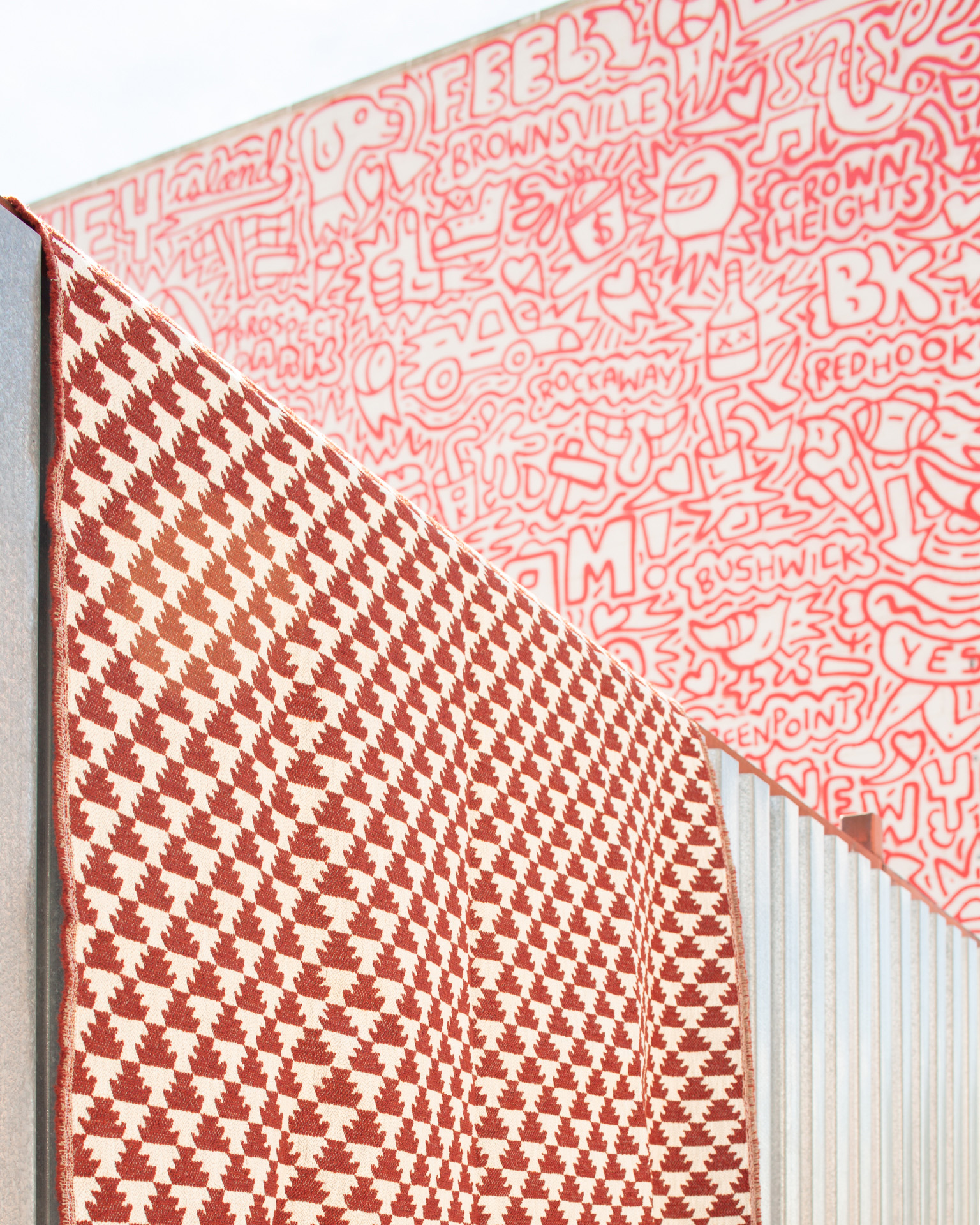 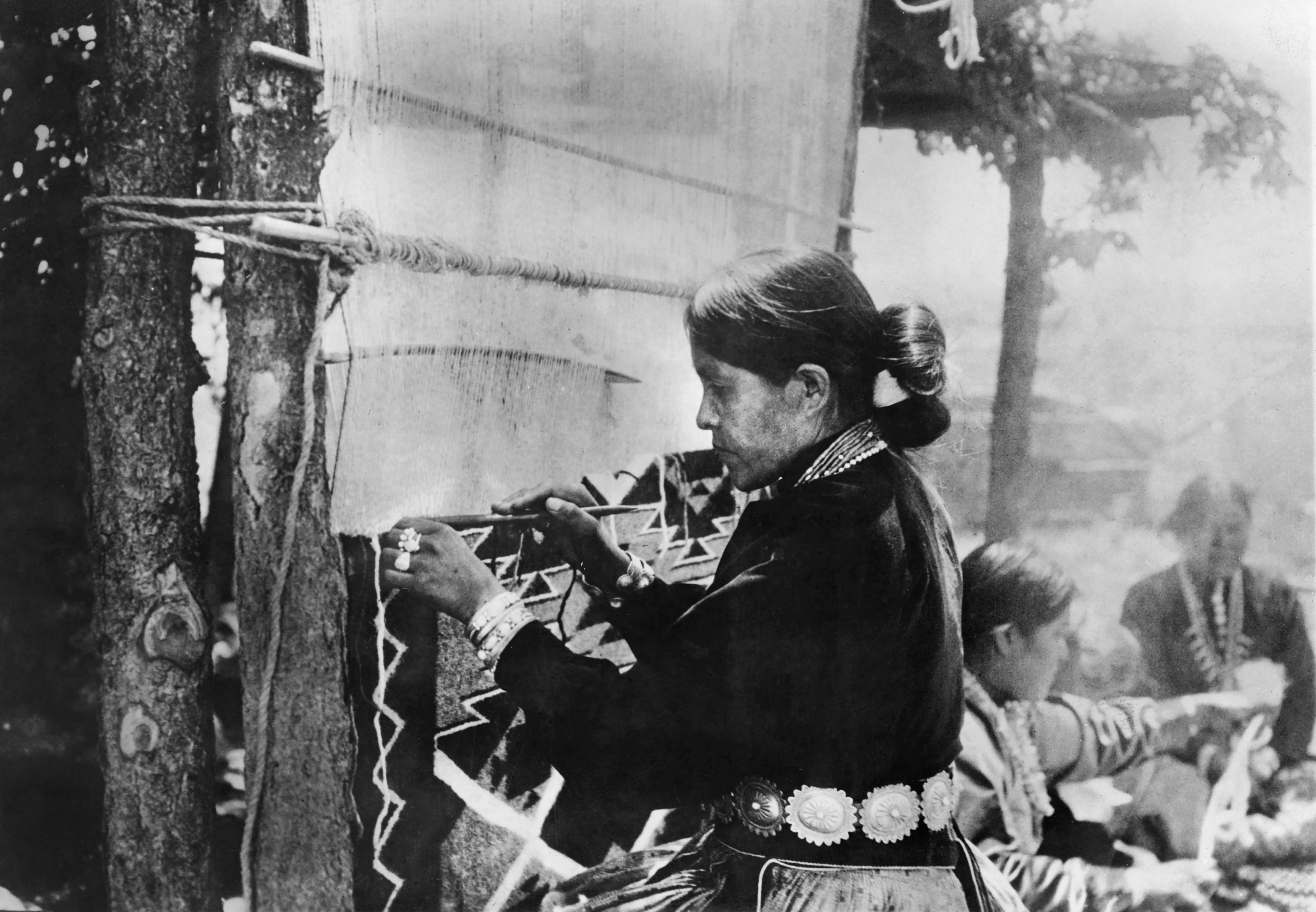 The Navajo tribe is the most numerous of the ethnic groups of Native Americans, living in the states of Arizona, Colorado, New Mexico and Utah to this day. The Navajo settled in these areas in the 9th and 10th centuries and had already been living a settled, agricultural lifestyle when they began to practice weaving, using looms built outside their homes.

When in the 16th century the Spaniards arrived in this region bringing sheep, the Navajo began to rear the animals and gained an excellent source of wool, which they spun on wooden spindles.

Navajos soon developed a vast array of geometric, star-shaped, zigzag patterns. They symbolised the elements, seasons, phenomena of nature and remained basically unchanged until the beginning of the 19th century, when the influences of the Mexican culture began to appear in this area.

Until 1800, Navajo fabrics were made mainly from wool in natural colours: white, black and grey (formed as the mixture of the other two). Sometimes they were enriched with fibres dyed with natural, vegetable dyes (e.g. wild carrots, cactus fruit, moss, leaves and bark of various trees) or mineral ones, which were brown, rusty or greenish. 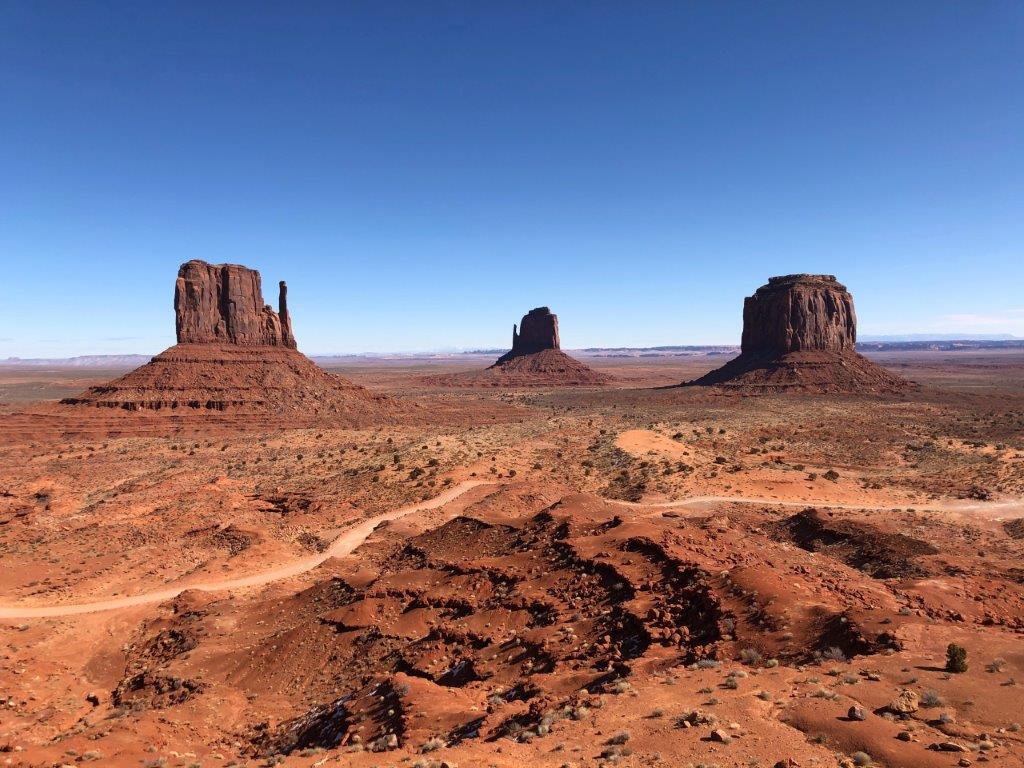