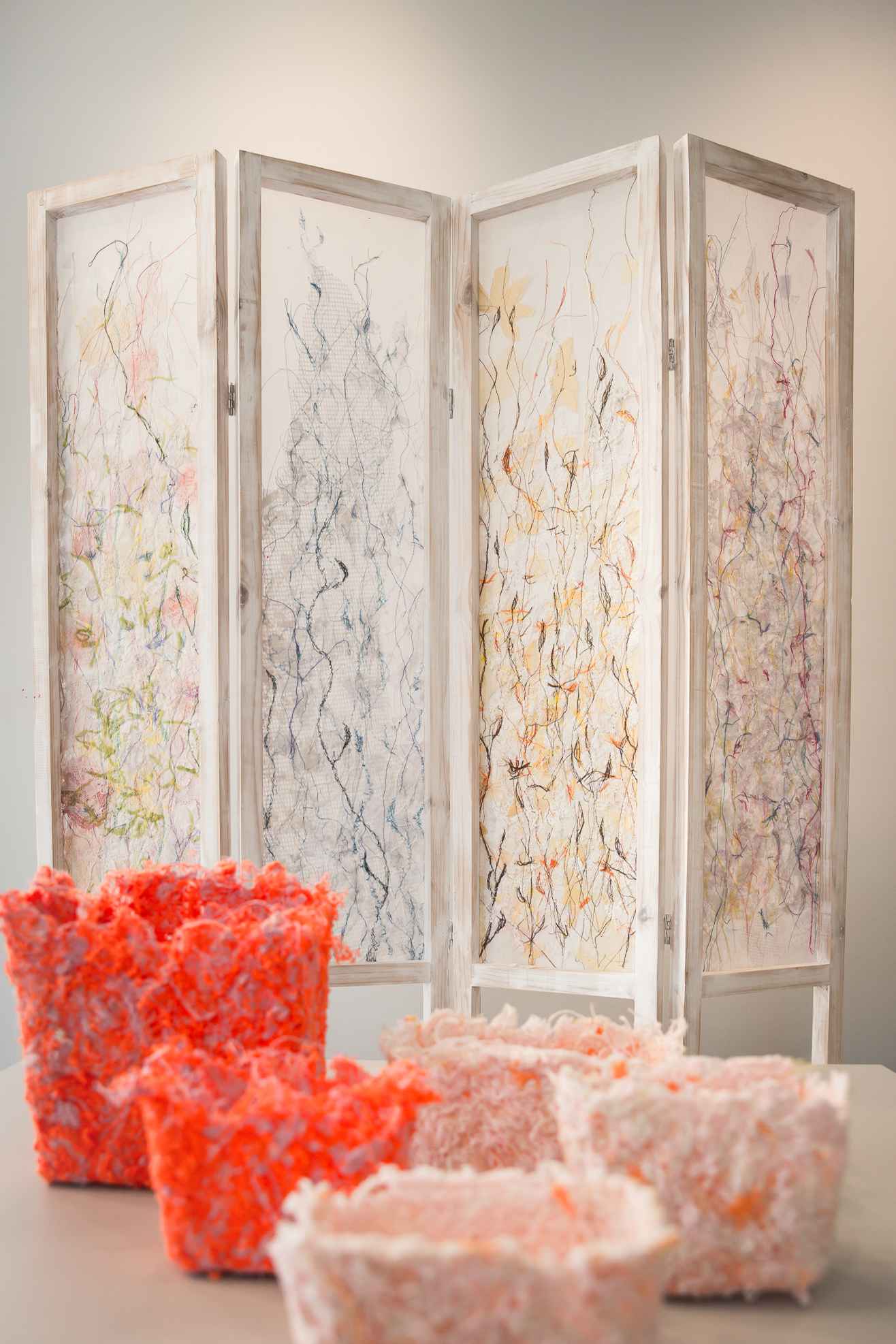 The second exhibition within the Weaves cycle was entirely devoted to textiles created during last year’s edition of Łódź EcoMade Festival. Organized by Władysław Strzemiński Academy of Fine Arts in Łódź, the festival revolves around the promotion of post-production waste upcycling. Upcycling is a technology of processing materials with the aim of transforming them into products of higher functionality.

Dekoma was the sponsor of the event, responsible for the delivery of fabric scraps later used by workshop participants. The works presented during the festival were 100% made from processed and reused materials. Out of numerous works, we chose four that applied fabrics in most original ways, and exhibited them in our showroom.

Among the four works was “Ring”, an original creation by Anna Pankowska vel Jankowska. As its name suggests, the material used were rings sewn from post-production scraps, equal in size and dyed with pastel colours.

The “Four Seasons” room divider by Dominika Bober and Aleksandra Mazurek is a very peculiar artwork. Colourful scraps and threads embroidered with a leaf pattern were sewn onto old curtains. When stretched on a wooden framework, the fabric became a very practical room divider.

Another work entitled “Vegan / Recycle / Handmade” was created by Beata Stelmachowska. The author used a special technique of combining ground scraps with natural glue. The result was a versatile material which might be used to create new objects such as small boxes or lamp shades. The old jeans “Rug” by Agnieszka Witkowska was created in a similar way. The soft rug, which can serve as an original wall decoration, was made from scraps of jeans clothes.

All the above-mentioned works were exhibited in our showroom. Every three months our venue is home to the “Weaves” exhibition cycle, featuring unusual fabric solutions.